Søren Mosdal and Jacob Ørsted have been making comics together since 1997.

The day Ariel’s hair turned grey. 2010. In the anthology Between the lines, published by Lars Jakobsen. Originally published in Smittekilde#9, 2004. 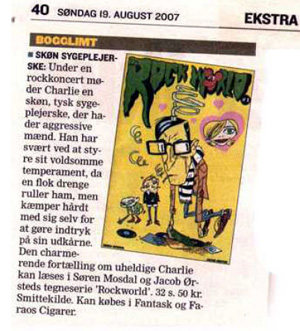